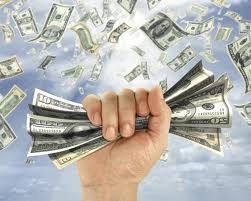 After years of austerity, the economy does not restart, unemployment is rising and government budgets are worsening (even in countries such as Spain with a low public debt-to-GDP ratio before the “financial crisis”). Policy makers have intervened to “save” the capitalist system, even through bank bailouts (thus provoking a consequent increase in public debt). Is this the case for supporting the aggregate demand? There is no money, they say. What we want to highlight is exactly the opposite: there is “too much” money, concentrated in a few hands.[1]

Between the late 1970s and early 1980s, the neoliberal turn – labour flexibility, globalisation, financialisation, etc. – promoted a recovery of the profit rate in advanced economies, after the oil crises and stagflation (Russo, 2014). As pointed out in the Letter from the economists of 2010, global demand has grown less than productivity and thus tends to be deficient compared to production capacity. In a scenario of “low wages”, credit can create an additional source to finance consumption. In particular, the expansion of finance [2] is functional to the process of capitalist accumulation as it “recycles” accumulated wealth (Foley, 2012). Sooner or later, however, the increase in (private) debt and the erosion of income by financial interests, increment financial instability: a default like that of Lehman Brothers causes a confidence crisis, capitals retreat from periphery of the international financial system (for instance, capitals leave Greece and return to Germany, bringing out trade imbalances that have long characterised the Eurozone).

Current austerity measures ought to be seen as a strategy aimed at prolonging the neoliberal era. Moreover, austerity configures a route out of the crisis that is based on further weakening the working classes, and continued financial domination of the economic and political arena, leaving unsolved the underlying problems of capitalist accumulation, in particular huge inequalities and financial instability (Russo, 2013). Similar problems emerged during the belle époque of the early twentieth century.[3] To continue on this track we should find new and profitable opportunities for the financial investment of the enormous wealth that continues to accumulate in the hands of the few (trickle-up economics). That’s why we are in a wealth trap, a situation that does not allow us to resize the financial sector and re-establish a less unequal path of economic growth; a situation that instead promotes spreading of risk, with detrimental effects for the majority of people who in fact undergo the heavy “real” consequences of the “financial crisis”.[4]

How to escape from the wealth trap then? There are at least three points that we should consider: (i) taxation, (ii) aggregate demand, and (iii) industrial policy.

Taxation. As shown by Piketty and Saez (2013), the rate of return on private capital (net of losses) is returned above the growth rate of the real economy, an ancien régime dynamic: thus it is better to be a rentier than a worker, albeit a “very productive” one. The reversal of this trend requires a strong fiscal intervention: to re-establish the economic efficiency of countries such as France and the U.S., the optimal tax rate on inheritance should be of the order of 50%-60% (or even higher for the super-rich). It would thus be the case to consider a progressive capital tax, to be applied above a certain threshold of wealth.

Aggregate demand. According to the Keynesian approach, government intervention to support aggregate demand (with the collaboration of the central bank) is necessary in a system that is not able, autonomously, to go out of a large and extended crisis with high unemployment (if not in the long run). Moreover, in an international perspective it is also necessary to adjust both trade deficits (for example, in the “periphery” of the Eurozone) and trade surpluses (for instance, in Germany) [5].

Industrial policy. Public intervention should support aggregate demand (short-medium run objective), reduce the power of finance and, at the same time, redirect investments into innovative sectors that still are characterised by high risk, then leaving space for private initiative (long-run objective). From this point of view, the public sector takes the form of an “entrepreneurial state” (Mazzucato, 2013) that, in the midst of a systemic crisis, promotes the creation of the “new” and sustains society in the painful process of destructing the “old”.[6]

The three previous points are linked by a common thread, which combines short to medium and long run interventions and objectives: (i) taxation on (large) wealth (in particular, on inheritance) would provide the resources to finance (ii) support to aggregate demand and (iii) an industrial policy aimed at promoting an economic recovery based on knowledge and environmental sustainability.[7] At the same time, there are clear political implications of a project that aims at reaching full employment (Kalecki, 1943): the wealth tax on the one hand, and the rise of employment and wages, on the other hand, would lead to a reduction of inequality, bringing the wage level to that of productivity, restoring greater social mobility and, in general, promoting a new path of development, out of the crisis and beyond the neoliberal model. 1% would not like it. Will the other 99% be able to organise themselves?

*This is a revised and translated version of my article (written in Italian) “L’Occidente nella trappola della ricchezza” published by Economia e Politica. Thanks to Monica Glebocki for English checking.

Endnotes
[1] According to Oxfam (2014), the wealth of the 85 richest individuals in the world is equal to the total wealth of the bottom 50% of whole world population.
[2] On the succession of phases of material and financial expansions, see Arrighi (1994).
[3] Indeed, growing inequality and indebtedness are two of the common elements between the recent crisis and the Great Depression.
[4] “It is better that a man should tyrannise over his bank balance than over his fellow-citizens” (Keynes, 1936, chapter 24, I). The problem is that huge wealth, by influencing the political system, impacts the economic and social evolution towards an increasingly unequal structure (Stiglitz, 2012).
[5] “But if nations can learn to provide themselves with full employment by their domestic policy … there need be no important economic forces calculated to set the interest of one country against that of its neighbours.” (Keynes, 1936, chapter 24, IV).
[6] The New Deal and the public expenditure for the WWII sustained the US economy, promoting the transition from agriculture to manufacturing in presence of “mobility constraints” between sectors (Delli Gatti et al. 2012), while the Marshall Plan financed the reconstruction of European countries (and guaranteed a demand for US exports). Today we need such kind of intervention (and evidently not a world war).
[7] A sharp reduction in inequality occurred following the two world wars (Piketty and Saez, 2013). Today the challenge is to break down huge inequalities promoted by the neoliberal model based on a democratic alternative.