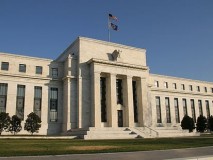 To evaluate post-crisis Federal Reserve policy it is necessary to understand that Fed officials were faced with problems they did not think could occur. The events of 2007-8 clashed violently with their theoretical model, which is why their earlier actions had done nothing to defuse the situation and their subsequent ones proved largely ineffective. Unless they adopt a different paradigm, there is no reason to believe that the proper lessons will be drawn from the crisis. A repeat remains a distinct possibility.

As is well-known, U.S. central bank policy is informed by Neoclassical theory. The latter argues that economies largely take care of themselves and that they are automatically drawn toward full employment. Even relatively interventionist Neoclassicals like Christina Romer (former head of the Council of Economic Advisors for President Barack Obama) believe that only policy errors or external shocks can push us away from this happy equilibrium (Romer 2008). Their conception of the asset market is that it is populated by rational, utility-maximizing agents’ in whose best interest it is to accurately forecast asset prices by relying on the fundamental determinants of their value. Wild speculation and ignorant trades will be disciplined by the market. Meanwhile, competition is assumed to be sufficient to control the behavior of asset issuers and other financial market institutions. Firms that mislead the public or refuse to make the composition of their portfolio transparent will soon find themselves without customers. In this world, bubbles cannot exist and, so long as we keep our interference to a minimum, the economy should tend toward full employment and the optimum allocation of resources.

Within this context, those at the Federal Reserve saw their job as fairly minimal. First and foremost, they were to guard against inflation and overinvestment and it was assumed that interest rates were sufficiently powerful tools to achieve this goal. Second, they were to ensure that lagging economies were rejuvenated, again via interest rate manipulation. Last, with respect to their responsibility as regulatory watch dogs, their faith in the efficient markets hypothesis led not only to a laissez-faire approach under extant rules, but arguments for even further liberalization (including especially the repeal of the Glass-Steagall Act). Central bankers had great confidence in these operating procedures and believed that history (particularly the drastic reduction in inflation in the mid to late 1980s and the inflation-free expansion of the 1990s) vindicated their approach.

Not surprisingly, then, the events of 2007-8 came as a terrible shock. Former Fed Chair Alan Greenspan’s reaction was typical:

“What went wrong? Why was virtually every economist and policymaker of note so blind to the coming calamity? How did so many experts, including me, fail to see it approaching? (Greenspan 2013)

Not only was it obvious that the market had wildly overvalued many assets, but it seemed very possible that some financial institutions had engaged in outright fraud. None of this fit their preconceptions and, as a consequence, traditional monetary policy tools looked impotent in comparison to the character and magnitude of the collapse. The seriousness of the situation required action, however, and a number of emergency policies were enacted. In 2008, for example, efforts were made to stabilize financial institutions via purchases of their “troubled” assets (de Costa 2014). At the same time, interest rates were lowered in a effort to stimulate private sector spending. Because of the depressed economic conditions, these were pushed to near zero, after which the first round of Quantitative Easing (QE) began (November 2008). The latter was designed to directly increase the quantity of money in the banking system by trading cash for assets. QE2 and QE3 followed in June 2010 and September 2012. In addition, with the unusual conditions making it difficult to hit interest rate targets, the Fed started paying interest on excess reserves held with the central bank.

As a group, all of these policies were intended to lower the cost of borrowing while simultaneously increasing the volume of funds available and strengthening the banks and other financial institutions. This, it was assumed, would create the incentives necessary to stimulate investment and other forms of spending, thus spurring recovery. But, unless the slow, uneven return to the level of unemployment prevailing in October 2008 is counted as success, it has not. Real investment spending has yet to return to pre-crisis highs and consumer confidence continues to lag. Market participants at every level remain tense and new data releases are watched anxiously. The reasons for the weak response are many and varied, but they are ultimately rooted in the fact that even the more pragmatic emergency measures pursued by the Fed were based on the very same questionable understanding of the financial system that had informed their policy before the crisis. Particularly noteworthy is the preoccupation with price rather than income variables. This is standard Neoclassical practice and extends to their analysis in general. It is a function of their conviction that economics is about scarcity and tradeoffs and that volumes of output and employment are not important foci. Of course, the underlying reason for this is that full employment is already being assumed. Were it not, tradeoffs would not exist since one can always produce more by simply activating previously unemployed resources. As Keynes argued, their theory applies only to a special case, i.e., that in which full-employment has already been achieved.

Little wonder that policies derived from a model that assumes away unemployment were inadequate in the face of the worst economic downturn since the Great Depression. A response based on the idea that if the cost of borrowing could be pushed low enough, sufficient latent demand existed was doomed to failure. The fact is, the demand was not there because incomes and sales had collapsed. To be fair, the Federal Reserve could not engage in what was really needed, i.e., fiscal policy. But even given this, the many complaints that banks were still not making loans after these policies were in place makes it evident that far more was expected from monetary policy than it delivered.

But that was never going to happen with changes in price variables alone. This is because, as Jan Kregel writes,

The prospect of fiscal austerity casts even more doubt on US prospects.

Thus, despite the all the publicity surrounding zero-interest-rate policies, Quantitative Easing, the Troubled Asset Relief Program, etc., not a great deal was accomplished by post-crisis monetary policy in the US. Worse still, the Fed has indicated that it will return to business as usual once the worst has passed. Nor has there been support for reregulating the industries responsible for the breakdown. It seems as if no lessons have been learned at all. Albert Einstein once said, “Whether you can observe a thing or not depends on the theory which you use” (Salam 1990, p.99). Nowhere is this more evident than in the case of US post-crisis monetary policy.