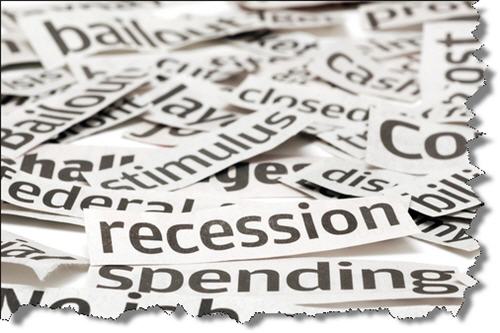 In order to understand what might happen in 2014 it is necessary to start from a theoretical statement: in our times, theories survive in a ‘vulgar’ form, and are used to justify opposite policies than originally intended. The vulgar version of Keynesian effective demand theory to which politicians turn in times of recession is the ‘stimulation doctrine’: governments and central banks inject liquidity to financial institutions, stimulating aggregate demand and thus rescuing real economy from unemployment. Most economists, even those who believe themselves to be ‘Keynesians’, continue to theorize in a neo-classical mode, assuming representative agents; long run equilibrium with effective demand as a ‘short term’ problem; perfect flexibility of prices and wages; capital/labour substitution via relative prices reflecting relative scarcity.

Were these theories the basis for political decisions in 2014 too, the obvious consequence will be a deepening in social and economic problems all over the world.

Yet, the theories of Kalecki and Keynes could inspire wiser decisions. There is no analogy between individuals and society, due to the circular flow between macroeconomic expenditure and income: injecting expenditures generates matching amounts of saving by raising income through the multiplier. Moreover, during recessions the generation of additional income in response to higher expenditure is mostly brought about through increase in production, as quantities rather than prices respond to autonomous expenditure. Third, prices respond to wages and output responds to demand, with a separate determination of prices and quantities. More importantly, the real wage is the endogenous outcome of the interaction between price level and money wages; wage bargaining can change nominal wages, with unpredictable effects on the price level and thus on real wages. The priorities of a political action based on these principles should be improving domestic demand, controlling capital flows, and narrowing trade imbalances.

This theory was set in a context that has changed drastically with globalization, which brought about the myth of export-led growth and thus the conviction that liberalising capital flows would have fostered trade integration. Old trade rivalries reappeared in different guises as national economies lost direct control over their exchange rates in a flexible exchange rate regime dominated by private traders.

If the istitutional setting does not change, losers – both in Europe and worldwide – will continue to accumulate public and private debt and trade deficits, while winners will accumulate assets, mostly government guaranteed liabilities of debtor member countries.

The year 2014 will be characterised by the same disequilibria in the international monetary system which fed the crisis since 2007. A particular national currency (the US dollar) still plays the role of international money; debtor countries have to finance trade deficits by letting debt instruments denominated in their own currency to accumulate in surplus countries, which hold them as international money. Apart from providing important export outlet, in the past the dependence of big surplus countries on the US as a military super power virtually ruled out aggressive financial diplomacy. But the emergence of China as a massive surplus country with independent military power has introduced an unknown variable: the possible use of massive dollar surplus to challenge the hegemony of the dollar is now an issue.

The growing importance of external relative to internal demand means greater openness to trade in goods and services and FDIs, but most of all to trade in financial assets[1] on secondary markets, arising from different layers of claims of indirect or partial ownership, which can be created and multiplied at will. ‘Shadow banking’ develops in a financial sector escaping supervision of monetary authorities and creating its own network of contracts, guarantees and insurances, in a closed self-referential system. The composition asset portfolios change due to expectations about exchange, interest, and corporate tax rates, but most of all about capital gains and losses on asset prices. Expectations on capital gains and losses can significantly influence national economic policies through the fear of capital outflows.

Kalecki foreseen this possibility while discussing the political viability of full employment policies over time and their impact on the ‘investment climate’, arguing that maintaining the authority structure in a capitalist democracy requires capitalists to retain the initiative of managing the economy not only by disciplining workers but also being in a commanding position relative to the state. High employment allows the initiative of policy making to pass from the captains of industry to the government, and weakens the threat of job-loss. To strengthen the authority structure of a capitalist democracy, demand management must create a favourable climate for private investment. Full employment policies are resisted in the name of ‘sound finance’, denying the basic tenet of demand management and falling back to the false analogy between individuals and society.

Separating monetary and fiscal policy through the independence of central banks and targeting inflation rather than employment were early signals of policy change. A competitive reduction in corporate tax rates with relatively mobile capital and immobile labour increased the ratio of taxes on wages to taxes on corporate profits, fueling tax payers’ dissent which got directed towards inefficiency of public spending. Rolling back of the public sector became acceptable even in formal social democracies.

2014 will therefore probably see the finance-led growth model, harshly criticised after 2007, back to the fore. The compromise between demand management and growing inequality has been solved by rising asset prices. The market for financial assets has been stimulated through tax cut for those who mostly owned such assets, making private debt to explode. Buoyant expectations about asset price rise simultaneously raised borrowers’ credit worthiness and improved lenders’ balance sheets. A debt driven consumption boom seemed to solve the problem of effective demand while consolidating the dominant position of the financial sector. The old model of cooperative capitalism was replaced by a model of ‘Great Moderation’ in which the financial sector replaced the state in sustaining demand. And capital inflows on the lure of high capital gains can hide chronic trade deficit.

Sustaining expectations about asset prices enabling increased borrowing for consumption is the central mechanism on which the model hinges. In the last analysis, this is the principle on which many central banks base their monetary policies, its vulnerability being the fragility of such expectations.

After 2007 we should have learnt that in such an institutional framework, as long as the real economy expands, private debt rise without either central supervision or a lender of last resort; the distinction between ‘money’ guaranteed by central banks and private credit contracts becomes increasingly blurred. The financial system increasingly de-linking from the real economy; in extreme cases the real economy may stagnate or even decline while the prices of financial assets continue to rise. This growing gap is the prelude to a financial crisis: the probability of private defaults increases with stagnant incomes and rising debt, and even small defaults can suddenly push the fragile financial sector to a crisis. Defaulted loans have to be covered by liquidity guaranteed by the monetary authority as lender of last resort, triggering the possibility of a chain reaction. A financial catastrophe due to sudden freeze of credit looms large.

The irony of the situation is that private financial institutions are rescued by governments which otherwise restrain their own budget. The solution is of limited use when the private investment climate is depressed in the aftermath of a financial crisis in a stagnating economy. There are not many willing to undertake long term investment. The financial sector is salvaged but the real economy continues to stagnate. Under the compulsions of democracy the ultimate irony may even turn out to be old remedy of massive public investment with deficit financing to restore confidence in the climate for private investment in an economy in the grip of a long recession!